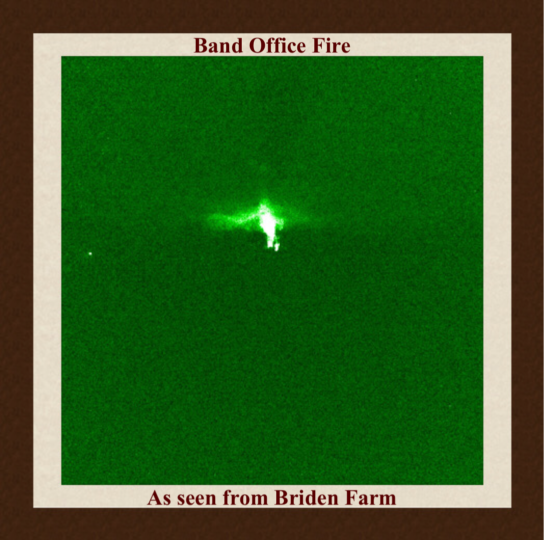 Yesterday was sort of a crappy day! I worked, making several trips up and down the hillside here at Briden Farm. Setting up more temporary electrical fencing for our goats, and pigs, and their rotational pastures. Having moved our Goats to the new, very nice, woodland pasture I expected they’d be well contained for awhile. They usually do very well when moved to a new location; for at least three weeks till they get bored!

Well, after spending the day getting everything setup, exhausting myself running up and down the hillside in the heat, We spent the evening trying to get our goat, Nanna, back into the pasture. Actually, getting her back in isn’t the problem, keeping her in is! So is the reason she’s so bent on getting out! She’s in Heat!

Incase you’re not familiar with the terminology, “In Heat” means she’s ready to be bred, and wants to find a Buck! This is normally a good thing! After all, after she’s bred, freshens, and has kids, she’ll be “In Milk”. So, once the kids are weaned, we’ll be able to have Milk!

Or at least that’s the way it’s supposed to happen! You see, Nanna, while being a great goat, and a wonderful pet, seems to have problems getting pregnant! She was bred last August, and was to kid in January. Nope! Didn’t happen! No kids! Then we bred her again in February, and she should be do in July. Which means she should not be in Heat now! Her being in Heat now means she’s not bred, and once again she’ll have no kids, and we’ll have no milk! That in itself is enough to make a sucky day!

Anyway, I have two tractors sitting in the yard, neither one can I use, because our International Lo-Boy Cub has Transmission issues, and I can’t find anyone to fix it! Actually might, possibly, have recently found someone! Or should I say, another one, who says He can fix it! At least this is someone I know, and trust, and am told by family that He can fix anything! Here’s hoping! The other tractor, the one I need the chains for, is the Ferguson 35 that We bought after not being able to get the Lo-Boy fixed. I mean, we’re talking a year and a half, and two tractors, and thousands of dollars! While still not having a tractor to use! So, we decided to buy a tractor with chains, and a front snow plow so we can plow the lane this Winter!

Having saw a Kijiji Ad yesterday for a tractor that, was described as …

Have chains for back tires

Have a snow plow blade

So, seemed to be pretty much what the Doctor ordered, and we decided to buy it. That was scheduled to be delivered by the Seller this evening. He wanted me to make the 3-4 hour found trip to see it, before delivering it. I, obviously, don’t know much about Tractors or wouldn’t be in this situation. So, I told him that if the Tractor worked well, had a front snow plow, and chains for the rear tires, He didn’t have to worry, I’d pay for it upon delivery.

I made arrangements to meet him at the Firehall and planned to take receipt of it, and drive it home. Getting it there makes it easier than having the guy try to turn over 20 feet of truck and trailer in our Laneway. So, down we went, to meet the seller at the Firehall.

When we got to to the Firehall, the guy was there, and the first thing he said, pretty unapologetically, was that the gate at the back of the trailer had come unlatched and he lost one of the chains on the way up here! Well, ok, stuff happens! The other thing was a very obvious puddle of oil under both rear tires! Obviously the seals were leaking, and to me that’s not a tractor that “Works Good”.

So, I asked him when he had last checked the Load. I mean if I were hauling something, pretty much anything, I’d have checked the Load at least one or twice on the two hour trip, and I’d have stopped on Landsdowne Road and made sure everything was good, just before making the delivery. This guy had obviously, and by his own admission, done neither. Thus, the missing Chain could be anywhere between here and Pubnico. Had the driver checked his load, he’d been able to determine roughly where, or what section of the road, he’d lost the chain. His telling us he hadn’t checked his load, at all, and unable to produce a tractor that “works well” and has chains, I said, “Sorry, but I’m not taking this!”. It was at that point he started swearing and slinging the one remaining chain back towards the tractor! It was then I told him if he was going to act like a five year old, I had no interest in dealing with him! He wasn’t impressed, nor was I.

So, then, we returned home, to see Nanna had once again escaped! Someone let our Dog Roscoe out of the house, and of course, that didn’t help with getting Nanna back in the pasture! Although, after I told Roscoe to stay, and the. To Go! He went! So, while I put Nanna back in the pasture for at least the third of fourth time! Her tail just a flagging, something they do when in heat! After this, Roscoe returned absolutely covered in Mud, from his evident trip to a nearby meadow pond which has wonderful black mud that can only truly be enjoyed by a Dog!

At that point we took the Dogs, can’t take just one don’t cha know! We took the Dogs down to the River, for a swim, and to get washed off! Of course, when we got back, Nanna was out yet again, and this time had Ella, one of our other Goats, with Her!

At this point, I was so upset and frustrated, I am very surprised, and rather pleased with myself, that I had not yet cursed anyone out, nor had I shot anyone! I do have a rather bad Irish Temper at times! I had managed to contain it! Although by the time it got dark I was sitting out on the step, alone, sipping tea, so I didn’t loose it with anyone or anything!

After we closed up the Jens and the Muscovy Ducks for the night, I come back to the step and finished my tea and then went up the hill, once more, to put Nanna back in the pasture. Then returned to the house, and took time to have my weekly Video Chat with my good friend Skip! Mind You at this point, I was about two hours late!

So, what had started as a very good day, had become a very long, very frustrating day! I was absolutely exhausted and had to rest up, sitting in my chair, before eventually going to bed! After all, tomorrow is a new day! Right?

Well, the new day started with Sirens! Shortly after 1am!

I lay in my bed listening till I could tell they were stopping nearby! About half to three quarters of a Kilometre away! As the crow flys, as my Dad used to say!

It was a fire on the Reserve, we now know it was the Band Office! Sad too, a number of old artifacts were housed there, as were all the papers, and even part of their School Classrooms! We’re really concerned for all affected by this tragedy. As I write this, it’s now after 4am, the Firetrucks are still refilling with water, and they sound very much like very loud cow moose, in heat! Nothing compared to a Goat though! (My little sense of humour!)

To be honest, as I sat on our step, watching the flames, and the trucks, and learned of the tragedy unfolding before us, it really gave me a better understanding of how the folks in my old home of Kemptville, Yarmouth County, and in the Quinaan area there, must be feeling as a many thousand hectare forest fire burns there, within a few kilometres of their villages!

The whole thing, the long, frustrating, exhausting day, and life itself is kind of all put into perspective, very quickly, when You sit and watch fire engulf a building, rob people of their artifacts and school, and more! While praying that the fire doesn’t spread to the nearby homes, and praying that no one gets hurt!

It really puts things into perspective!

In closing, I want to thanks the Fire Crews! Watching You work, from a distance, but seeing how hard you work, and how well you did not only to contain the fire, but to keep it from spreading to nearby homes, and maybe even to our farm here, it makes me thankful for all Of You!

To those affected by the this Tragedy on The Hill, our hearts, thoughts, and yes, fears, are with You!

One final Thank You to the Creator.for keeping everyone safe, and helping to contain this tragedy. It could have been worse! (Wela’lin Kisúlkw)

4 Replies to “Kind of Puts Things into Perspective”