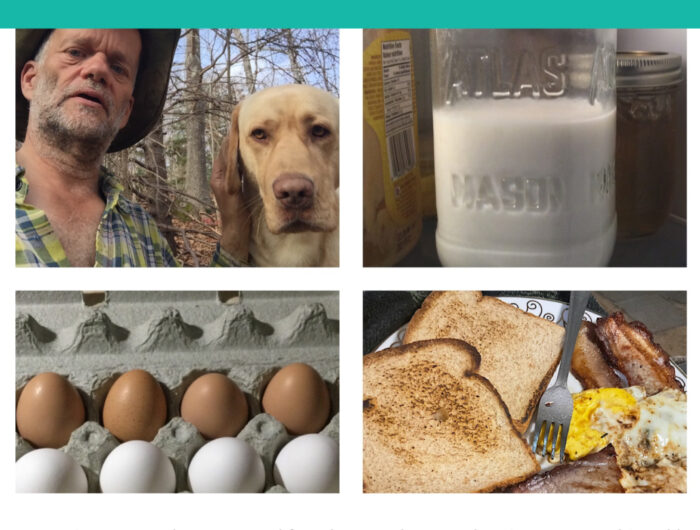 You know, it’s bothered me for a long time, long before I ever had the opportunity to sell meat, eggs, or milk, that as a Consumer I couldn’t! Especially when it come to buying raw milk. Yes, I understand the risks, and the (in my opinion) supposed risks.

According to TVO Today,  “Of all the G8 countries, Canada is the only one to ban the production for sale, transportation and consumption of raw milk: milk that is unpasteurized.” The question obviously begs as to, “Why?”

Another thing that may make us question, “Why” is why the Consumers and Farmers are org through websites like Real Milk Saskatchewan to be able to buy, and sell, Raw Milk?

Perhaps, it’s because many of us, here, as well as in Saskatchewan grew up drinking Raw Milk. Never having had any problems from Raw Milk! Perhaps that’s why the other G8 Countries have not banned it?

Anyway, do your own research, see the locals where Raw Milk is being sold, and question whether or not it should be sold here?

Here at Briden Farm we raise Goats, we drink Goats Milk, we make cheese, use the whey, make butter, and drink the buttermilk, and have even made yogurt! All from Raw Milk! Unfortunately under current Laws and Regulations we can’t sell it! yes, it frustrates me! It also frustrates would be purchasers!

“What Do You Say To A Mom Who Needs Goat Milk For Her Infant?”

The lady who called this past week was very gracious and understanding but understandably frustrated when I had to tell Her no! Especially after her Doctor had told her that perhaps she should seek it out! Her little one has severe allergies and can’t drink most milk, nor use most formulas like Similac. However, they can use the Blue Similac. However, there seem to be a major shortage of the Blue Similac Formula!

So, what then? Should we as Consumers have the Freedom to buy what we want from whom we want to!? After all, it is a free country! Isn’t it?

After years of thinking, and as a result of that conversation combined with a conversation with a friend, Jimmy, I feel motivated, if not called to do something!

Actually farmers and homesteaders have worked for years to get things like Raw Milk legalized. Actually it only become illegal in Canada in 1991. I think!?

Anyway, little has been accomplished by the would be proponents and I think it’s because the Producers are few in number and don’t have enough clout at the Box Office! Generally speaking the only Box Office that matters to many Political Representatives is the Ballot Box. So, if that is right, and I believe it is, what’s needed is the Consumers voice!

We live in a Free Democratic Country, where the laws and regulations should meet the needs of the people. The people should be free to buy what they want, from whom they want! Things like Farm Fresh Meat, Eggs, and Raw Milk for instance! If You agree, please consider helping me insure …