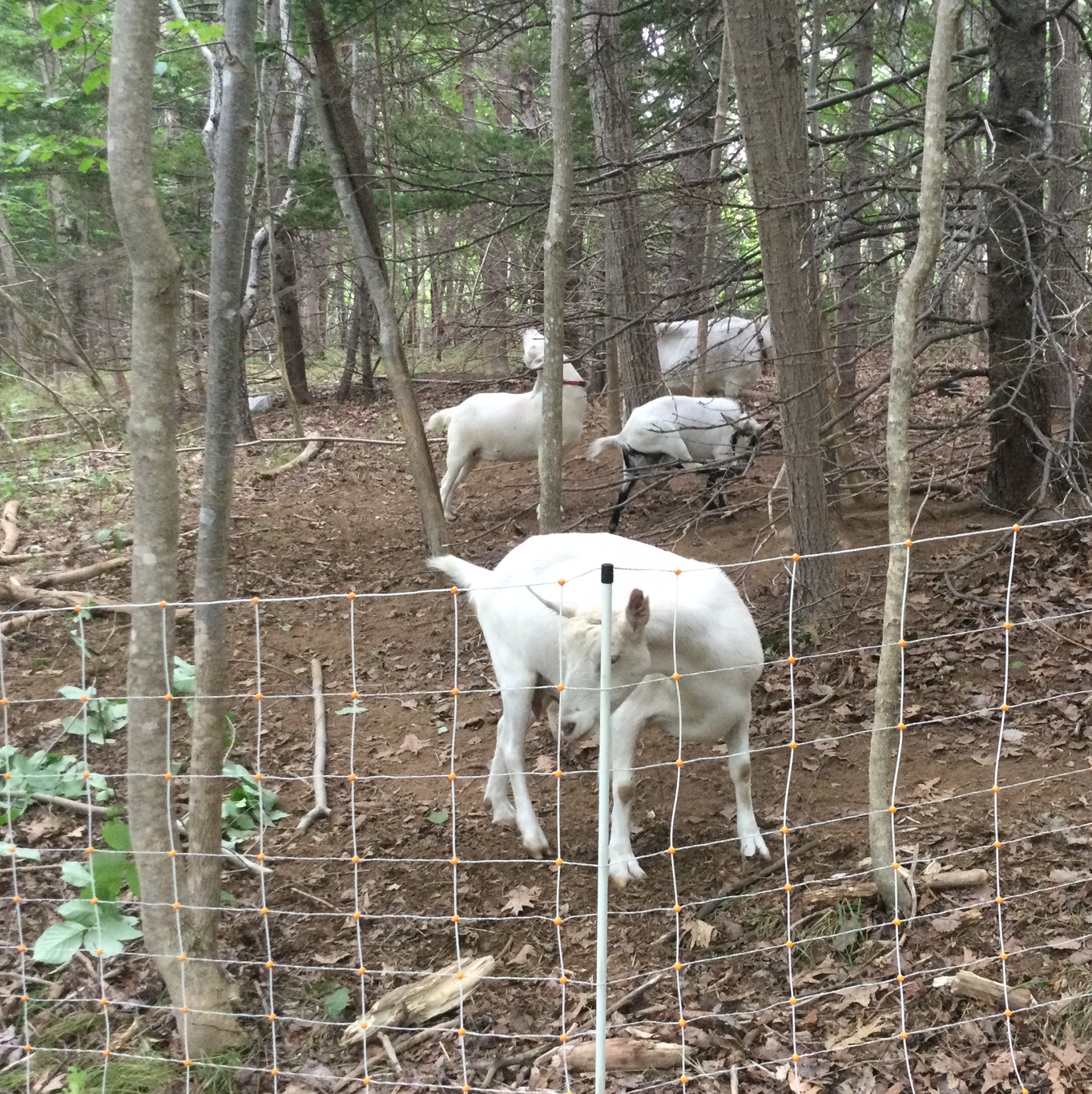 Ok, so, I’m tired, I’m stressed, and I finally have a better understanding of what my Dad, Vic Hurlburt Sr., used to experience when he had sheep! Although We don’t have Sheep…

We have Goats! Only four adult does at the moment. One had two kids on July 6th. The other three are due to freshen within the next couple weeks.

Now, in fairness to my Daddy, who passed in 2013, but I think still keeps an eye on us, He had as many as 300 Sheep! So, my keeping vigil over three to four pregnant doe Goats… Certainly doesn’t compare!

Although it’s basically the same process. Hurry up and wait! The three who are currently still pregnant, I think, are Eve Our Saanen Goat, Sophie, and Ella.

Ella is a little to young, not really, but under normal circumstances I would have waited a year or so before breeding her for the first time. As it is she got bred at 10 months. So, hopefully, will be freshening for the first time, this month at 15 months. She has been showing signs of late stage pregnancy for nearly a week now! Goop, Pawing, Bedding, and yesterday I am pretty sure she had a bout of early contractions. Yet, still no movement!

Sophie is about 8-9 years old, she’s a complete sweetheart around people, and we even had her walk with us in the Bear River Cherry Carnival. She’s usually very friendly and almost wants to cuddle, and the past day or so she’s becoming more distant. Laying down, getting up, and while she still came to greet me this morning she just seems a little off. It’s funny how different goats act different when they’re getting close to giving birth.

Eve, she’s my Sweetheart. We got her last March at supposed age of 11 years. Most only live till 11 or 12 years. Eve was still in milk after two years when we got her. I continued to milk her through November. She’s a gentle, loving lady, who loves to be milked. She’s actually older than we like to breed, but I’m really hoping to have a little doe to carry on her line.

All in all it’s fun, but it’s also kind of nerve racking. With Ella being young, and Eve being old, it’s a concern. The kids are going to be born on Woodland pasture. So, even worried a bit about predators.

The kidding season for us should be over by month end, thankfully, as the does were exposed to a young Buck for six weeks in February and March.

With all this going on, we’re probably crazy to do Tours, but it’s really the best time of year! We have lots of Babies, Bunnies, Chicks, Ducklings, Goat Kids, Kittens, and more!

We actually enjoy doing Farm Tours, and we don’t charge at this point, but we are open to Donations which help pay for feed.