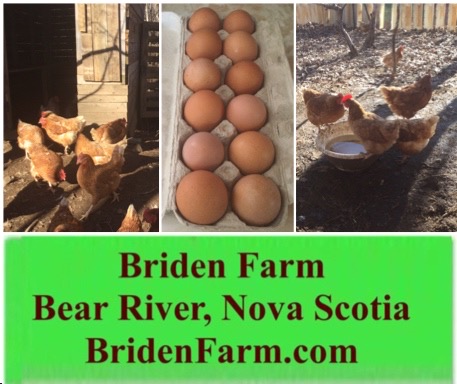 So, now that COVID-19 is starting to wain, or at least people are starting to wake up to the reality that as sad as it is the sick and elderly die when exposed to corona and other viruses. It is sad, and I don’t mean to be crude, or flippant, or unfeeling. However, people have a way of over reacting! Especially when it comes to posting on Social Media! So, now that COVID-19 is starting to loose traction, the Social Media Channels are becoming congested with Bird Flu!

Bird Flu, or more properly called avian influenza, is spread by migratory or infected birds spreading it to to other birds.

The Canadian Centre for Occupational Health & Safety says, “Avian influenza has been around for over 100 years. It was first reported as “fowl plague” in 1878 when it caused a lot of deaths in chickens in Italy.”

On the 10 February 2022, ctvnews.ca reported that, “The Canadian Food Inspection Agency says the outbreak of high pathogenic H5N1 was reported last week to the World Organization for Animal Health.”

Let’s see, World Health Organization and the United Nations seemed to play a major role in how Covid-19 was dealt with. Now, the report of Bird Flu, um, Avian Influenza, has been reported to the World Organization for Animal Health. No wonder some people question the creation of a “World Government Organization” having some sort of agenda! Makes one wonder!

So, what should You know? How concerned should you be? What’s the best way to prevent, or address, all of this?

First, don’t add to it! Don’t believe everything you read, or hear, or see for that matter! I saw a post on a FB Group this morning of a Dead Crow. The post stated they were waiting to get results on how it died! Yet, the Post spoke of Bird Flu!

So, let’s see, we live in a 280 character twitterverse and when people see a picture of a dead bird, on a post about bird flu, how many read to realize that the cause of death of that bird isn’t known! At least not yet!

No, when people see dead birds they jump to conclusions!

So, be careful of your conclusions!

According to inspection.canada.ca, “All cases must be reported to the Canadian Food Inspection Agency (CFIA)”. Now, that may cause alarmism also!

Let’s think on this for a moment, Avian influenza has been around for over 100 Years! So, how has it impacted Us, as Humans? Other than, sadly loosing chickens!?

Well, the Centers for Disease Control and Prevention, in relation to the Highly Pathogenic Asian Avian Influenza A(H5N1) in People, report that…

More than 700 human infections with Asian HPAI H5N1 viruses have been reported to WHO from primarily 15 countries in Asia, Africa, the Pacific, Europe and the Near East since November 2003. Indonesia, Vietnam and Egypt have reported the highest number of human HPAI Asian H5N1 cases to date. The first report of a human infection with Asian H5N1 in the Americas was in Canada on January 8, 2014 and occurred in a traveler recently returning from China. Although human infections with this virus are rare, approximately 60% of the cases have died.

Interesting how many of these things seem to tie to China! Isn’t it?

So, yes, in some cases Bird Flu can spread to Humans! Although, honestly, 700 cases around the world over the past 7 or so years is hardly an epidemic! At least not in my book, not when it comes to Humans!

Again, kind of like Covid-19 which has proven to be about 98% recoverable. So, we need to take it in stride!

Webmd.com has good information on the Bird Flu, and answers the question as to How Do Humans Get Bird Flu? By saying,

People catch bird flu by close contact with birds or bird droppings. In the 2014 outbreak, some people caught H5N1 from cleaning or plucking infected birds. There were reports in China of infection via inhalation of aerosolized materials in live bird markets. It’s also possible that some people were infected after swimming or bathing in water contaminated with the droppings of infected birds. And some infections have occurred in people who handle fighting cocks.

So, no Cock Fighting! If You raise Chickens, take precautions when cleaning coops and handling poop!

So, what about eating eggs, chicken, and poultry?

The Mayo Clinic says, “Undercooked poultry meat or eggs from infected birds can transmit bird flu. Poultry meat is safe to eat if it’s been cooked to an internal temperature of 165 F (74 C). Eggs should be cooked until the yolks and whites are firm.”

While the WHO (the World Health Organization, not the musical band), states that, “Chicken and other poultry are safe to eat if cooked properly.”

So, for those of You who need the WHO to determine what’s safe, or not! As they’ve done with COVID-19, you can still feel comfortable eating eggs and poultry as long as you properly cook it!

I never really liked raw chicken anyway! Did You!?

So, for those of us who normally, properly cook our food, wash our hands, and don’t buy into the hype! It’s pretty much business as usual! So, leave your fears behind! One Reply to “Grabbing Bird Flu By The Beak”