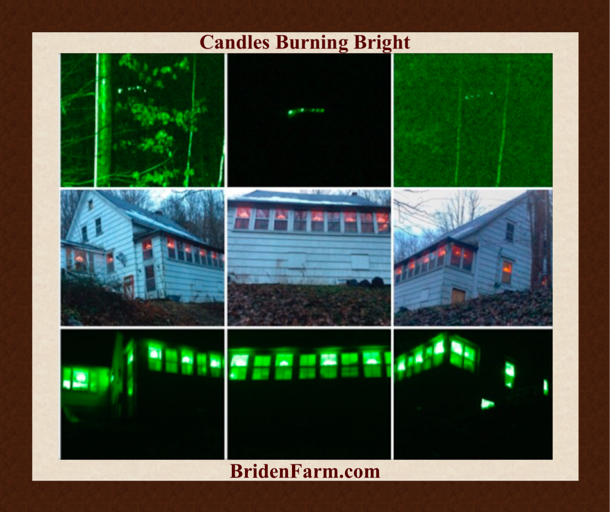 Perhaps this should be titled, Candles Burning Bright, but last night the people of Bear River, Nova Scotia may have thought they saw A UFO Over Bear River! Especially if they were in the area of Head of the Tide, near Parker Road, or coming down the Hill, from, L’sitkuk, the Bear River First Nation. For there we’re definitely strange lights in the night sky! 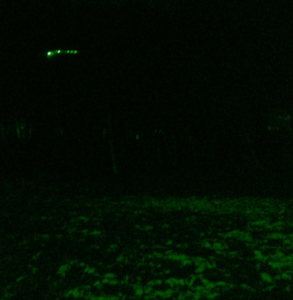 These “Lights” certainly may have looked like an unidentified flying object! A UFO Over Bear River!

Truth be known, it was actually Candles Burning Bright in the Windows at Briden Farm! However, since most people don’t know where Rice Mullen Road is, nor remember there’s a house “up there”, it would certainly appear as A UFO Over Bear River!

Brian Hurlburt, locally known by many as The Bear River Hobbit, and Denis moved back to Bear River earlier this year when they bought the old Jack Harris place on Rice Mullen Road. They’ve started a small Hobby Farm there, with Nigerian Dwarf Goats and numerous Chickens.

Brian is he one who, twelve years ago, had the Hobbits Hollow gift shop in Chester Colbeck’s old Barber Shop across from the Rebecca Hall, and Sissiboo Coffee Roaster, and become known as the…

Brian & Denis invite visitors to Briden Farm to see their animals and to escape the worries of the world, as they embrace the peacefulness and fun to be found by those who visit Briden Farm in Bear River.

4 Replies to “A UFO Over Bear River”