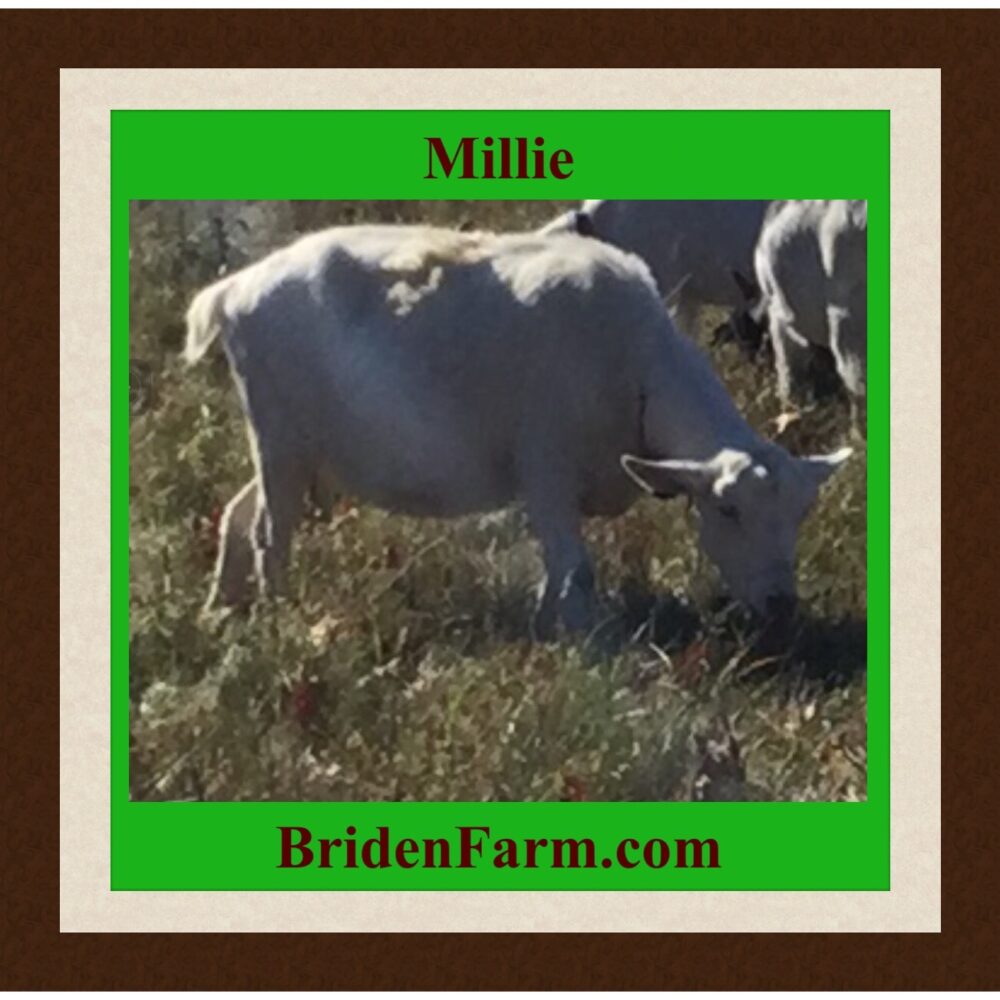 Millie come to us after our watching her, from a distance, for two years! That’s not really as bad as it sounds! She was forsake, along with the whole herd she was part of, a couple years ago. The seller was asking more than I wanted to pay! Not surprised, I’m pretty cheap!

So, I waited, and a few months ago Millie and her herd, or the herd she was part of, come available again. There were four, and we’ve sold three of them to nearly recoup our investment. She was still in milk, but at the end of her milking cycle. So, we needed her bred. Recently we acquired a Saanen Buck and on 5 November 2022 he did his job and now Millie should freshen about April, 11, 2023.

The reason I wanted Millie so bad was that she is a real gentle milker. The first day I saw her, two years ago, I walked up, patted her down, and udderly gave her a, ahem, a massage, and she didn’t flinch. More recently, before she dried up entirely, I got a chance to milk her and as I suspected she’s a very gentle, cooperative, milker.